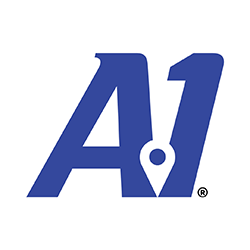 Join us as we 'jet' down to A.C. for the amazing sights of the famed Airshow!

The 2021 Atlantic City Airshow is ready to soar!!

Setting the bar for air shows across the United States, The Atlantic City Air Show is unique in its mid-week date and beach setting in August. With the Atlantic Ocean on one side and casinos lining the New Jersey skyline on the other, the air show demonstration fills the afternoon sky with aircraft that fly as high as 15,000 feet and as low as 50 feet along Atlantic City’s busy Boardwalk.

The U.S. Air Force Thunderbirds, a military squadron that tours the United States performing aerobatic formations, will participate in this year's event, showing off their heart-stopping maneuvers and roaring aircraft flying high above the Atlantic City beach and boardwalk.  Other exciting performers include The United States Army Parachute Team (dubbed the Golden Knights), a highly competitive team of men and women who free fall out of aircraft in distinctive formations, flying and soaring through the sky.

Throughout the air show’s history, over 800,000 spectators have consistently filled Atlantic City’s boardwalk to watch the show. As was the case in years past, it can be expected that the boardwalk will be buzzing with an endless stream of children, teens, parents and grandparents strolling along the famous walkway. Fingers crossed the weather maintains its average mid-80’s high for an even more enjoyable show.

*Casino Comp Package is subject to change withuot notification to A-1 Tuors.

Pre-flight Checklist: No Airshow can be successful without a pre-flight checklist!

Here are some helpful tips to optimize your Airshow experience.